Why you should avoid eating Suya! 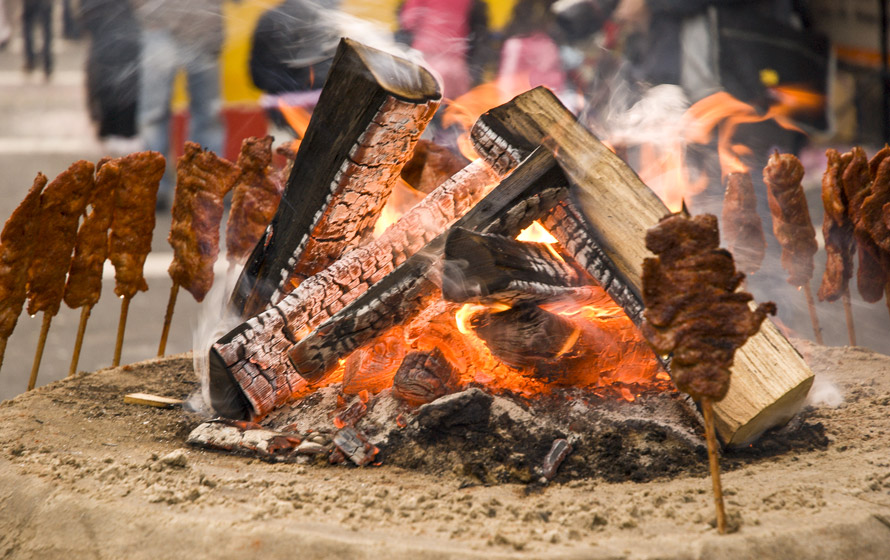 At a night fall, yakubu Adamu, who sells suya at Agboju Market, Festac town, at Lagos State, fans the flames of charcoal grills under nak-ed light bulbs.
The resultants smoke accompanied with the smell of spices and cooking meat arouses the taste of everyone around that area.

His stand is a popular joint for commuters, motorist and passers-by, everything at the market. He told me that he has been roasting suya for a long-time now on the same spot. Certainly, Adamu is well-known in the area and people always await his arrival every evening time.
A dried version of suya is called Kilishi, although suya originated in the Northen parts of Nigeria, and it has permeated the Nigerian society, being affordable for all and available everywhere. It has been called a unifying factor in Nigeria.
So suya has become a Nigerian national dish with different regions claiming the superiority of their recipe and methods of preparation, but comparable grilled meat recipes are common in many West African Countries Using open flames to grill meat leads to the production of chemicals called carcinogens which cause cancer in the body. They can be biological, physical, radiation or chemical and mainly exert their effects on people who are most sensitive to them.
The most important thing is colonic cancer, and which is the cancer of the large intestine.
This colonic cancer in human beings is mostly caused as a result of people’s dietary habit. The sanitary condition of suya preparation depends on where the consumer buys from.
For instance now, a suya spot is close to a toilet, diseases can be spread and no one can easily contract them but if one is buying it in a mall where it has been packaged, he/she might be safe.
Please, one has to consider where the meat is gotten from because the mallams slaughter the cows and prepare them as suya, such meat can be infected with tapeworms, pinworms or whipworms and these can be passed on to humans.
Ideally, veterinary doctors are supposed to inspect the animals and do so again after animals have been slaughtered before declaring the meat safe consumption. And this is supposed to be done for all animals and the meat sold in the market.
Will you stop eating Suya after reading this?