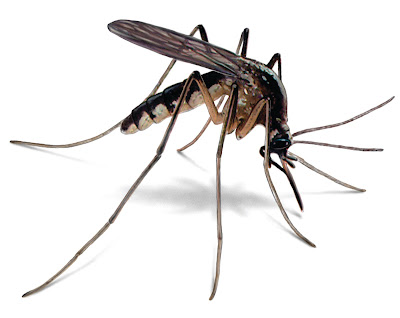 For some, mosquito bites are an annoyance on our arms and legs and all parts of the body. While some people are plagued by mosquitoes, others seem immune to it.
As it turns out, how attractive you are to a mosquito might have less to do with how your blood tastes and more to do with how you smell.
There are a trillion or so microbes that live on our skin that play a huge role in body odor. Without those bacteria, human sweat wouldn’t smell at all.
However,for everyone, the bacteria vary widely. While we share 99.9% of DNA with other humans, our microbes are much more diverse, in part because they’re influenced by our lifestyle.

A small 2011 study found that those microbes produce different chemicals. And some of those smell more attractive to the insects.
To demonstrate this, researchers asked 48 adult male volunteers to refrain from alcohol, garlic, spicy food, and showers for two days, as these factors could interfere with the kinds of microbes that thrive on the men’s skin.
The men wore nylon socks for 24 hours to build up their collection of unique skin microbes, which the researchers then used to collect their scent as bait for some malaria-carrying Anopheles gambiae mosquitoes.

Out of the 48 men, nine proved to be especially attractive to mosquitoes. Another seven men were largely ignored by the insects.

Overall, that poorly attractive group had a more diverse bacterial colony on their skin, findings that suggest some people’s smell may act as a natural deterrent for mosquitoes.
Scientists have also looked into how smells influence the behavior of the mosquito species that’s responsible for transmitting Zika and dengue — the Aedes aegypti.

For one of these studies, researchers analyzed the chemicals produced by skin microbes and found that some of them appear to attract particular mosquitoes. One they found is lactic acid. (In addition to being produced naturally by our bodies, it’s also found in milk and cheese.)

When mixed with the carbon dioxide we breathe out, lactic acid makes for a potent combination that attracts female A. aegypti mosquitoes. In particular, Limburger cheese, which tends to smell like body odor, was a definite mosquito attractant.

So in conclusion, being attractive to mosquitoes is all about smells, and the kinds of microbes that produce them.