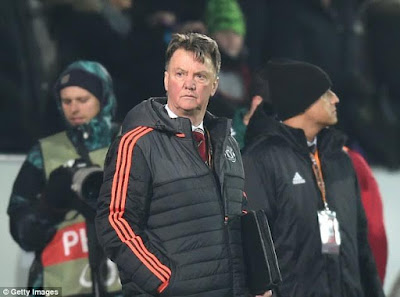 Man U coach Louis Van Gaal blamed the ‘Law of Murphy’ after his team lost 2-1 to Danish club FC Midtjylland last night in the Europa League. Murphy’s law is shorthand for the phrase ‘anything that can go wrong, will go wrong’.

“The fans can criticise,” said the Manchester United manager. “When you see the second half, then maybe they are right. We have to improve and then maybe the fans shall support us again. We have seen that in the 18 months I have been here.” 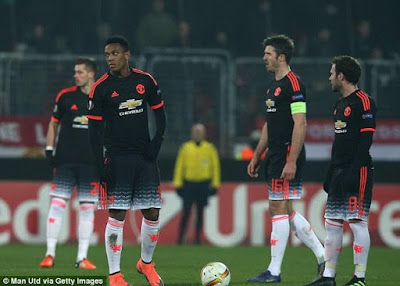 “It is the Law of Murphy,” said Van Gaal. “When you have a list of 13 injured players and then a few minutes before the game you add another one to the list, then it becomes very difficult to cope. We have to cope with a list of 14 injured players and that is not easy. I now have to make a different line-up every week and that is not contributing to our confidence.”.

“I have to say that in the second half Midtjylland were winning every second ball,” he said. “That is very disappointing because we knew in advance that this is the key to the game. Then they scored and it was a little bit unnecessary in my opinion.” 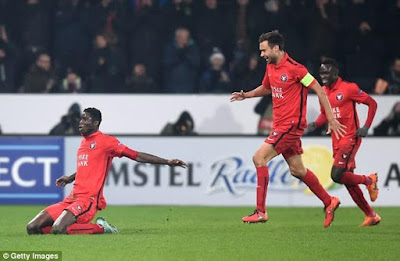 Midtjylland,who haven’t played a competitive game since December, a club formed in 1999,the same year United were celebrating winning the premier league,champions league and F.A Cup showed more zeal and determination to win the game than Man United and have been rewarded with a slight advantage heading into the second leg at Old Trafford.

United currently have 14 players including David De Gea and Wayne Rooney on the treatment table.