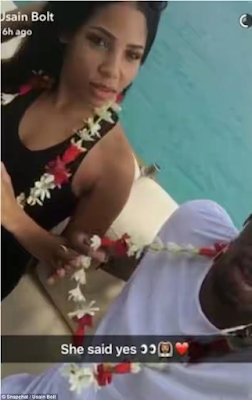 The Jamaican sprint star who is currently on vacation with his model girlfriend have been relaxing on the South Pacific Island of Bora Bora. Usain Bolt took to his Snapchat to shares images of himself and Kasi, including the one above with the caption, ‘She said yes’ along with a heart and bride emoji. There’s no rock in sight though. 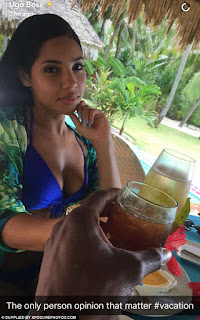 Remember he said Kasi’s opnion was the only one that counted during cheating the scandal with the Brazillian who shared bedroom photos of Usain and herself.

Congratulations to them if they are engaged!