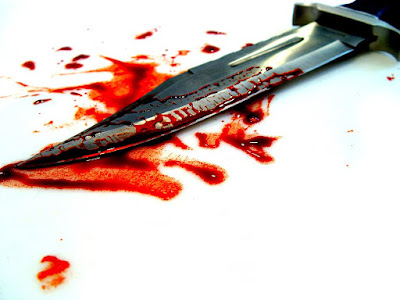 A University graduate, identified as Segun Oluwalogbon, has been remanded in the Ilesa Prison till March 17, 2017, for alleged murder and robbery.
Oluwalogbon who appeared before an Osun State Magistrate’s Court sitting in Osogbo on Wednesday was facing three-count charges.
The police prosecutor, Mr Mereti Wilson told the court that the accused hit the head of his victim with a cutlass, leading to his death.
The charge read in part, “That you,  Segun Oluwalogbon and others now at large, on April 7, 2016, at about 8 pm, at the Tinumola area of Osogbo, did conspire among yourselves to commit felony to wit; murder, thereby committing an offence contrary to and punishable under Section 324 of the Criminal Code, Cap 34, vol II, Law, of Osun State, Nigeria, 2002.”
The Presiding Magistrate, Mrs Falilat Sodamade in her ruling ordered that the defendant be remanded in the Ilesa Prison.
She adjourned the case till March 20, 2017.