University of Ibadan (UI) has been ranked as the best University in Nigeria, with Lagos State University (LASU) snagging the second spot.

This was made known by Times Higher Education (THE) which on Wednesday, September 2 announced the results of its World University Rankings 2021.

In Nigeria’s ranking, THE ranked the University of Ibadan (UI) as the number one university in the country and occupied 440th spot in the world.

This is followed by Lagos State University (LASU) in 2nd place and the University of Lagos (UNILAG) occupying the 3rd position nationally while sitting at 548th and 703rd global spot respectively.

The ranking also placed Covenant University, Ota, Ogun State as the best private university and 4th on the national ranking and 840th worldwide.

The latest ranking of LASU follows a consistent and meteoric rise in the local and international recognition of the University in the last five years of the Vice-Chancellor, Prof. Olanrewaju Adigun Fagbohun-led administration.

According to many Nigerians, the new record is thanks to the entrenchment of academic excellence, a culture of cutting edge research and enhanced community service through the Vice Chancellor’s administration.

The Times Higher Education World University Rankings 2021 includes almost 1,400 universities across 92 countries and regions, making them the largest and most diverse university rankings to date.

According to THE, this year’s world university rankings analysed more than 80 million citations across over 13 million research publications and included survey responses from 22,000 scholars globally.

Meanwhile, there are 141 first-time entrants in the world university rankings this year, topped by France’s recently merged Paris-Saclay University (joint 178th). India has the highest number of new entries (14) and as a result, boasts a record number of ranked institutions (63). 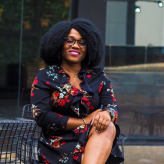