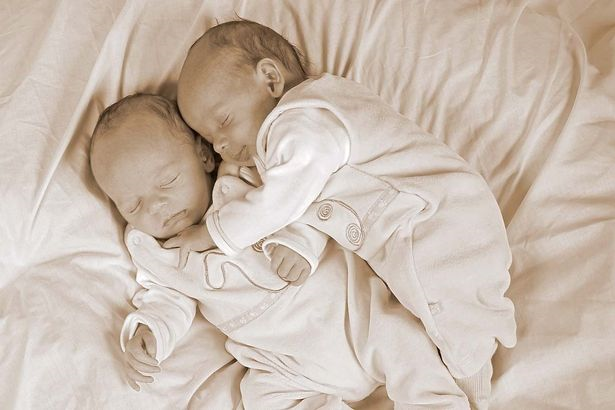 The woman gave birth to twins with different fathers after having sex with two men in the same ovulation period. Her husband’s relatives, after noticing that one resembled him while the other didn’t, urged him to get the two year olds DNA tested, lo and behold their suspicions turned out to be true.

The mother and her husband recently took their two year old children for DNA tests because of ‘striking’ differences in their appearances.
The Vietnamese couple were shocked to hear that only one of their twins was biologically related to the father, according to local reports. However, both were the offspring of the mother – with tests ruling out the possibility of a hospital mix-up shortly after their births.

Le Dinh Luong, president of the Genetic Association of Vietnam, told AFP that the findings were extremely rare

“Our Centre for Genetic Analysis and Technology lab has tested and found a pair of bi-paternal twins, This is rare not only for Vietnam, but for the world.”

“Bi-paternal twins can occur if two eggs from the same woman are fertilised by the sperm of two men during the same ovulation period.

The time window that eggs can be fertilised is small, with sperm cells capable of living inside a woman’s body for only four to five days. The lifespan of a woman’s egg, meanwhile, is just 12 to 48 hours” he said

The exact circumstances surrounding the Vietnamese couple’s case remain unclear, however, Tuoi Tre newspaper reports that the husband was encouraged to take his children for DNA tests by his relatives, who noted that one of the twins did not look at all like him.

The two siblings also had ‘strikingly different’ appearances, according to Dan Tri news site.
The pair were both born on the same day around two years ago. But despite being the same sex, one of them has thick, wavy hair while the other has thin and straight locks.

The unidentified family are now said to be looking for the best way to deal with the shocking test results.