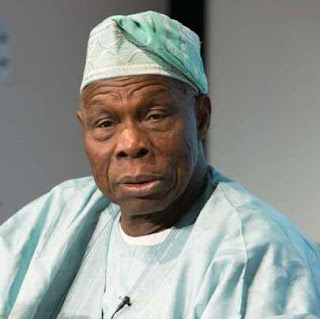 Obasanjo says those asking for him to account for all the recovered Abacha loots are stupid. According to the 79 year old former president, the Abacha loot recovered when he served as president from 1999-2007 were handed to the then Minister of Finance and the Governor of the Central Bank of Nigeria and so all questions about the recovered look should be directed at them.

He said this in an interview with Vanguard over the weekend

“They said the money recovered from Abacha, I should account for it. What stupidity! The man who asked for it, the man who gave the judgement or who answered them are all stupid, with due respect. I don’t keep account, all Abacha loots were sent to Central Bank of Nigeria, CBN, and every bit of it was reported to Minister of Finance. My job was to write where we can get help to recover the money.‎ Every penny that comes out of it went to CBN, so if they want to know what happened to the money, they should call CBN governor or call the Minister of Finance. But again, it shows ignorance, total ignorance, which is lacking and you wonder, are these people educated? They can also approach the man who helped us in recovering process to give the list of money recovered and where he took it.” he said‎