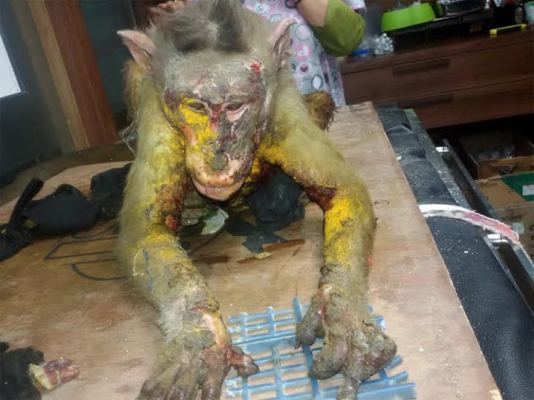 A monkey has died after suffering devastating injuries it got after being doused by acid. Despite efforts from vets to rescue the animal, it finally gave up the ghost after suffering from severe dehydration and infections gotten from the burn wounds. 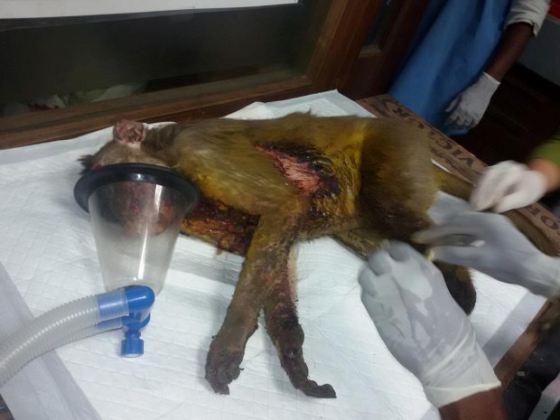 ‘The type of injuries the monkey had indicated that some sort of acid or chemical had been thrown on it as its chest was completely burnt,’ Veterinary doctor Deepa Katyal said. ‘Moreover, since the injury was old, maggots had eaten most of the flesh. It had burns on its face and hands as well, which were completely scabbed. The animal was completely dehydrated and in a lot of agony,’ Dr Katyal told local press. 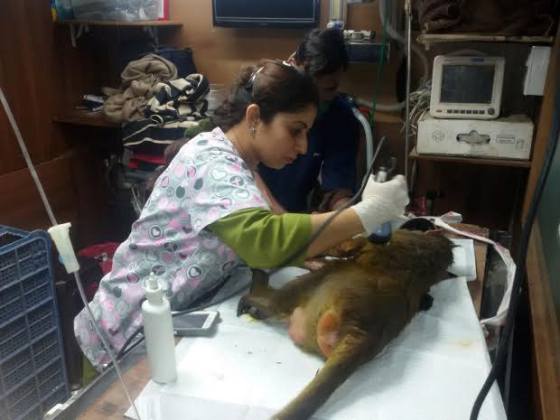 Animal lovers claim the monkey could have been saved if the Thane Forest Control Room had acted on advice that they would need specialist equipment earlier, DNA reported. ‘We saw fresh wounds on the monkey but since it was still extremely active and agile, it was difficult to rescue it and we immediately told the control room that we needed experts to rescue it,’ Pawan Sharma, president of Resqink Association for Wildlife Welfare, said.