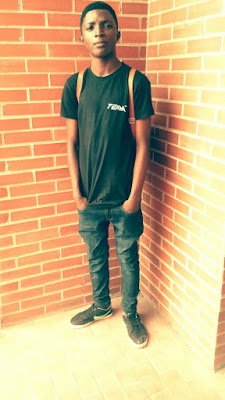 BACKGROUND
My name is Olaiya damilola Sunday, but some people call me Macosa, and I’m popularly known as Dami Drey (elemosho). I hail from Kwara State and am from a good Christian family too, though things are not that okay financially but we keep on thanking Jehovah. I grew up in Ikotun Egbe until 2005 when we moved to Sango Ota out of my Landlord frustration.

WHY DID YOU CHOSE RAP?
Rap for me is a talent and calling at the same time. I used to listen lots of Olamide tracks and it really influenced my choice too. But back then I choose English rapping, but because the music market started evolving and I had to switch between Yoruba and Pidgin English, or more of slangs.

ANY CHALLENGES?
The first challenge I had has to do with promotion and finance, being an unsigned Upcoming Act I have to record and promote all of my works single handedly. Also, I will say the way DJs treat Artist isn’t okay by me, likewise Organizers and the lack of Compensation not even a Table water, that has been a great blow to my passion cos hey are not encouraging, but I’m coping sha.

WHAT ARE YOUR INSPIRATIONS?
I see other rappers, the likes of Olamide, 2 Face, Oladips, Lil Wayne as my inspiration, not even weed, drugs or similar things. Because my friends used to ask me to take such for inspiration which I detest.

HAVE YOU RECEIVED ANY AWARDS
Yes, I recently won Trendy Mates “Rookie of the Year” through the support of my Fans. I got nominated for 3 different award categories at my department (MACOSA). While, my very first stage performance in Kwasu was proudly supported by Gtcr8 where I emerged the best Rapper alongside Nizzy Dee.

HOW DID YOU FEEL WHEN WALE TURNER DROPPED A COMMENT?
It was a moment of light up for me, I recently dropped a new track where I did a cover of Wale Turner’s NO. at release I posted it on my Instagram and comments have been rolling in, including “Nice one Bro! I heard it keep it up!!” Although that’s not the first time I have received a comment from a Celebrity, including Femi Adebayo, Oladips was just happy that they all noticed my striving.

YOUR ADVICE FOR OTHER ARTIST
Lemme not address others like I’m there already. But I will say this, “Just believe in yourself, push harder and never underrate anyone” We’ll all gonna reach the top.