Read Bukola Saraki’s comment on the rejected Gender and Equal Opportunity bill, says it will be re-presented to the senate 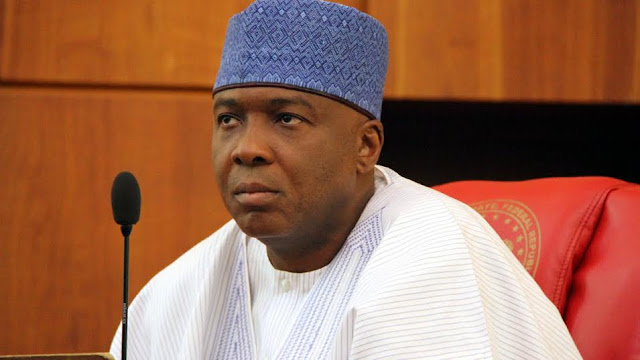 Senate President Bukola Saraki, says the Gender and Equal Opportunity Bill which was rejected by the senate yesterday March 15th, will be re-presented at the Senate by Senator Biodun Olujimi who introduced it.

In a statement signed by his Special Adviser on Gender issues, Fatima Kakuri, Saraki said the bill had some grey areas which many of the senators rejected due to religious and traditional belief. He said he had it on good authority that Senator Olujimi will be representing the bill once it is re-drafted.

“Today, we discussed the Domestication of the Provisions of the United Nations Convention Eliminating all forms of discrimination against women under A Bill For An Act To Incorporate and Enforce Certain Provisions of The United Nations Convention On The Elimination of All Forms of Discrimination Against Women – the protocol to the African Charter on Human and People’s Rights on the Rights of Women in Africa, and Other Matters Connected Therewith. As I said during the International Womens Day last week, I am of the opinion that there are substantial parts of the bill that are crucial to the development of our nation such as the Equal Access to Education, strengthening of the laws on Violence against Women, Ending Abduction of girls, Sustenance and Promotion of Entrepreneurship opportunities, Gender Mainstreaming and Gender equality, female participation in governance, among others. Unfortunately, the bill suffered a slight set back because there were some parts of the Bill that some Senators disagreed with along the lines of religion and tradition. The beauty of democracy is that it gives us the opportunity to consider different opinions and this bill can still be represented and reconsidered on the floor of the Senate I have it on good authority that Senator Biodun Olujimi who introduced this bill will reintroduce it after re-drafting it to address some of the reservations that were expressed on the floor of the Senate”.