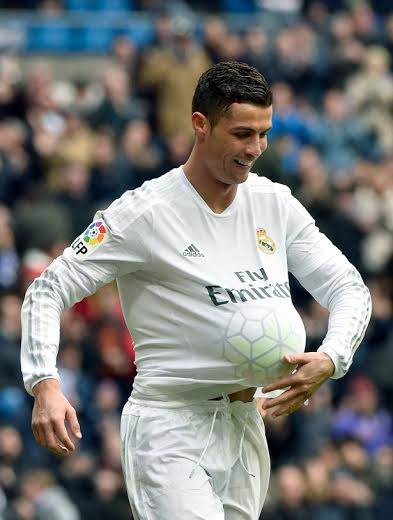 Popular Portuguese tabloid Correio da Manha have claimed that Cristiano Ronaldo’s goal celebration against Celta Vigo is a sure sign that the Real Madrid star is expecting a second child from a surrogate mother. The Portuguese captain stuffed the ball inside his jersey following one of his four goals in Real Madrid’s 7-1 win at the Santiago Benabeu during the weekend.

Correio da Manha insist that they have contacted Ronaldo’s family:

“we contacted his family, but both his sisters and his mother are remaining silent”,

In the report they also alleged that Ronaldo plans to use a surrogate for future children.