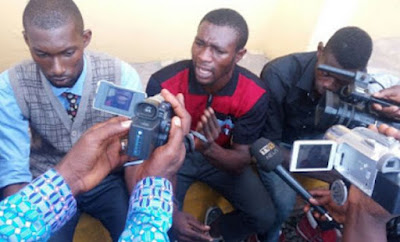 An attempt to murder a student in a polytechnic located in Aba, Abia State, was foiled recently by security men attached to the school. According to Abia Facts, the suspected killers, said to also be students of that same polytechnic, have since confessed to the crime.
They claimed that they were having loggerheads with their intended target. Luck, however, ran out on them when the security operatives attached to the school requested to search one of the killers bag and a locally made pistol was found inside.

It was gathered that their grand plan was to kill their target while he is writing examination in class and escape, but providence prevailed and they were apprehended.
The guys were paraded on Monday, at Abia State Police headquarters in Umuahia.