Photos: Why didn’t the referee stop the fight? Boxer in coma after suffering brain injuries during boxing match 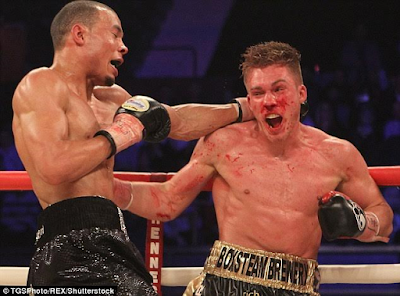 British boxer Nick Blackwell (right) is in an induced coma after suffering a bleed on the brain following a domestic title fight defeat to Chris Eubank Jr on Saturday night. The referee didn’t stop the match and allowed it to go on until the tenth round, when a doctor indicated Nick Blackwell couldn’t continue the fight due to severe brain injuries from punches by Chris Eubank Jr. 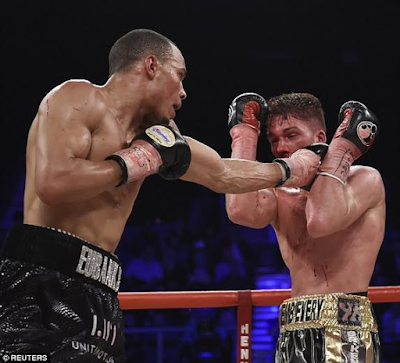 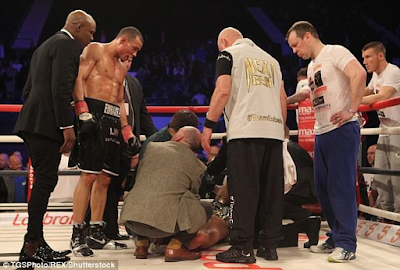 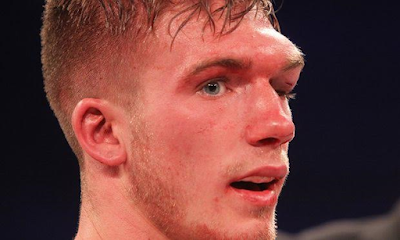 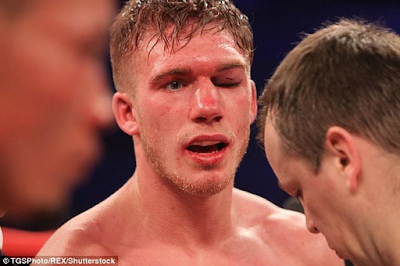 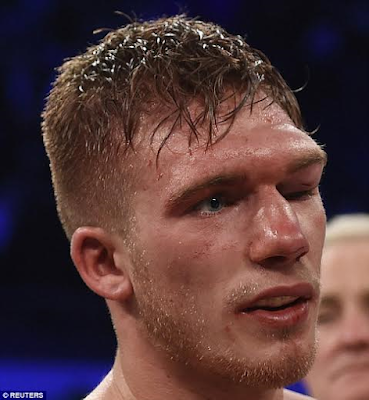