Photos: Nigerian-born doctor left critically injured and fighting for life after being hit by lorry in Las Vegas 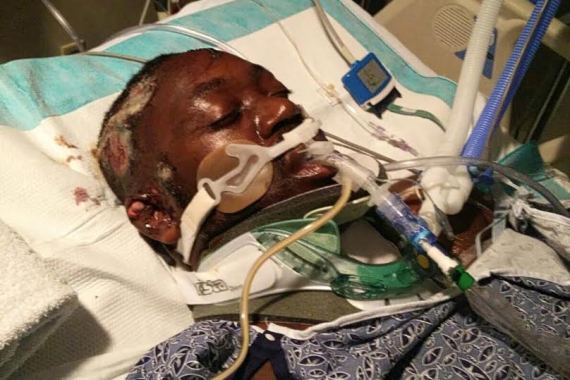 Dr Sebastian Kola-Bankole, from Camden, UK is fighting for his life after he was knocked down by a lorry as he crossed a road off the Sunset Strip on February 15. The 35-year-old doctor, from the Royal London Hospital, had flown out to Los Angeles before the accident for a friend’s wedding. 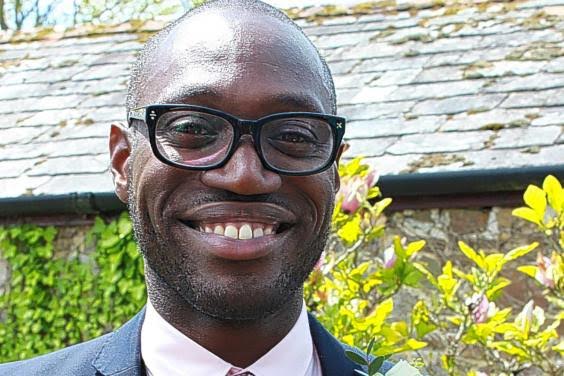 But his family, who have travelled out to be at his bedside, cannot find a record of him taking out travel insurance so they are faced with paying for his mounting medical bills. They have launched a £250,000 appeal for treatment and to bring him home to the UK.
Dr Kola-Bankole, who specialises in infectious diseases, has three broken vertebrae in his neck and has already had emergency operations to his spine, ears and arteries. He is in an induced coma in intensive care at the Sunrise Hospital in Las Vegas and it will be at least two weeks before he is stable enough to be repatriated.
The cost of the treatment and of bringing him back to the UK on a  specialist medical flight is estimated to be £250,000. The online fund had today reached £100k just 48 hours after it was launched.
A close friend, Dr Pawandeep Sarai, who spoke to the Standard described the young doctor as the most selfless and giving person”
“He is still in a  critical condition. We are all doing everything we can for Seb to get him the treatment he needs and back to the UK. His family are obviously devastated by what has happened.

“Seb is just the most selfless, giving person, everyone who has met him will know what a huge personality he has.

“He volunteers for charities, he is always giving to others. He’s a very dear friend and a very caring doctor and he needs our help to get home.”
Dr Kola-Bankole is believed to have been hit outside the Hard Rock Hotel and Casino. The collision is currently being investigated by Las Vegas police.
His friends, many of whom are  doctors, are now looking for a suitable hospital in London that will agree to take him. It is thought St Mary’s in Paddington could provide treatment.
Nigerian-born Dr Kola-Bankole  graduated from University College London in 2008 and was based until recently in the infectious diseases department at the Royal London, but had taken time off for the US trip.

“Seb is usually incredibly organised, but we can’t find any insurance for this trip… we’ve been on his email and looked in his flat. We are working on the assumption there is no insurance.” said Dr Sarai.