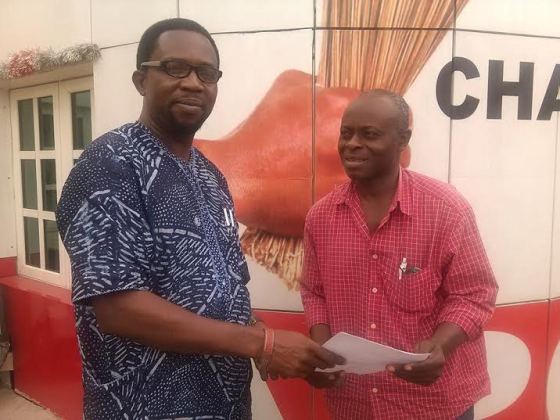 Sergeant Amos Olaniyan (pictured right) who was verbally dismissed from the Nigeria Police Force in 1994 over allegations of collecting bribe, has been reinstated into the force after the senate intervened in his matter. Olaniyan was verbally dismissed in 1994 on a baseless allegation of bribery which an Orderly Room Trial discharged and acquitted him of but the police refused to recall him.. 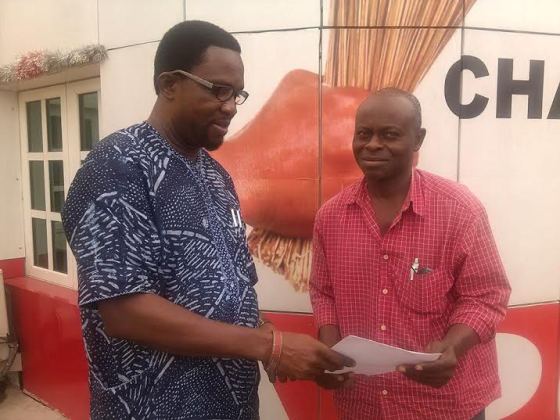 Senator Solomon Adeola had petitioned the senate committee on Ethics, Privileges and Public Petition over his dismissal. The committee did its investigations and found out the allegations leveled against Olaniyan were false. The senate during its plenary on December 15th 2015, had ordered that Olaniyan be reinstated and all his entitlements paid. Pictured above is Olaniyan receiving his reinstatement letter with his entitlement to be paid from October 11st, 1994 to August 11st, 2015. 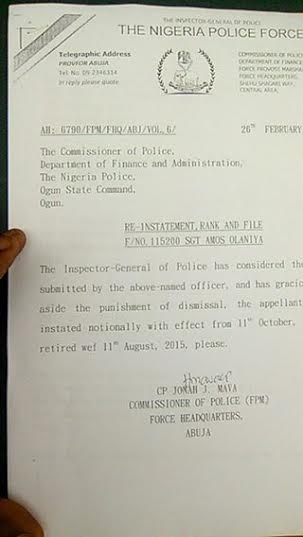