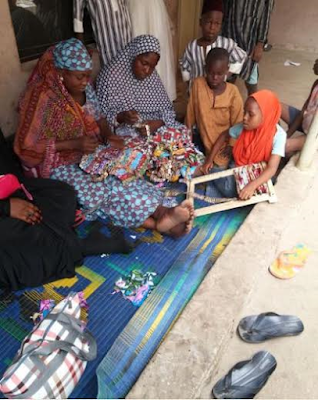 As the threat of global warming grows daily, the need to recycle non-perishable waste materials and save the planet becomes all so essential. In Adamawa State, a simple idea that turns some of the town’s waste into creative fashionable pieces is not only saving the environment, it is helping the local women make a living.

Every Wednesday, some local women gather under the canopy to knit. It has been going on now for the past three years. What is unique about this group isn’t the knitting, it is the material knitted. Colourful pieces of discarded polythene bags have been picked from all over Adamawa’s capital, Yola and brought together by the local women to be used as the raw material from which bags, mats, purses and so much more are created. 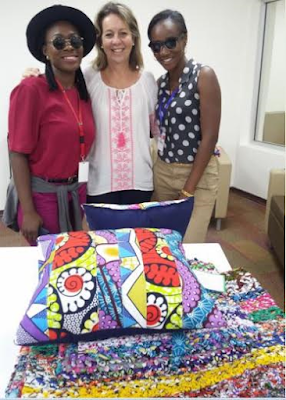 Jennifer Che coordinates this group. She has done so since the organization that she works for American University of Nigeria  decided to do something about heaps of litter all over town.The idea was like a double edged sword that saves the environment as well as empower local women who ordinarily where dependent on their husbands for everything.

Jennifer’s job is to ensure that whatever income is made from selling the products produced by these women finds its way to the owner. She has seen how much the program has impacted the women’s lives. Jennifer doesn’t do this alone as she has little access to the local women. With the help of Esther Tsamdu, a member of the Women’s Development Center in Yola, Jennifer was able to reach out to the local women in the community.

Apart from helping clean the streets, this project is touching the lives of the women like Cecilia. As a mother of four children who was totally dependent on her husband’s meagre income, life was hard but now things have gotten a whole lot better as Cecilia can also make an income to support the family with.

She has even gone ahead to buy a land which she hopes to start developing soon.
For 13 year old Saratu, the waste to wealth program is a God send. After recently losing her father to the insurgence ravaging the north, Saratu’s mother struggled to care for her four children until she joined this program.

Although she has only been here for two weeks, Saratu is glad to be able to contribute and help out at home. She is the proud owner of ten thousand naira, a relief to the young who dreams of completing her education and becoming a banker.
What makes this unique is the fact that despite the deeply patriarchal society, they find themselves in; these women have resolved to change their lives. 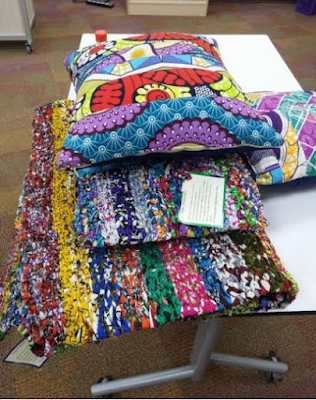 The items in the picture above are made from pieces of clothes usually condemned as rags. Marta (also pictured above in the middle) is the brain behind this innovation. Like Jennifer, she works at the American University of Nigeria. The whole point of the project is to generate income for the women by selling the numerous products at reasonable yet profitable rates. 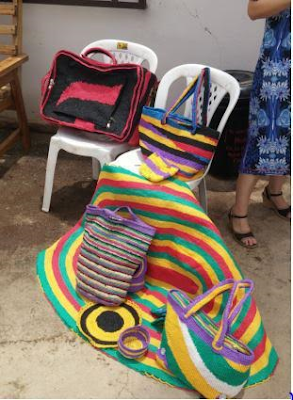 The resultant effect on this set of women and their families is obvious. Since joining the group three years ago, Hadiza Umar now assists her husband in fending for the family and sending her five children to school. She even makes enough to buy nice things for herself. 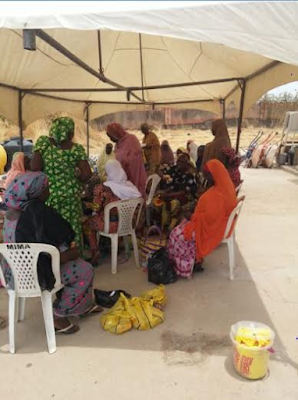 For these women, whether knitting nylons or working with rags, life as they knew it would never be the same again. And the environment remains ever grateful for the small but thoughtful care there are giving it.