Photo: “Without immigrants, Trump would have no wives” 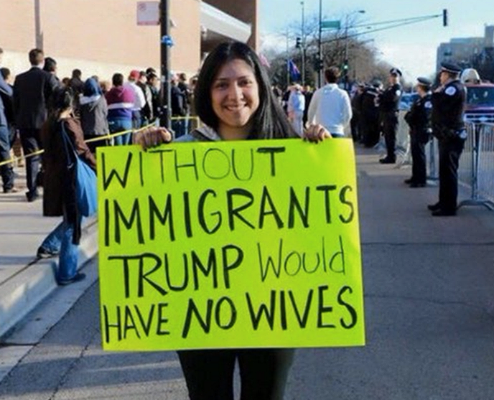 She nailed it though. After all Donald Trump’s first wife, Ivana and his present one Melania, were both immigrants originally from Czechoslovakia and Slovenia, respectively. Moreover, the Republican presidential candidate is also the son and grandson of immigrants. Isn’t that more than a little ironic for one so against immigrants and immigration?