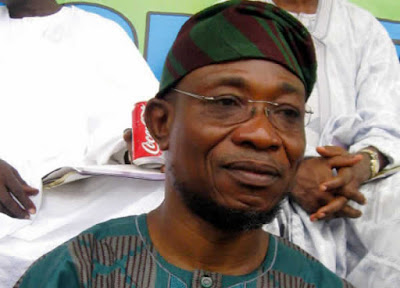 Osun State Government has technically sacked the doctors in its employ who have been on strike since September 28th 2015.

The Chairman, Special Committee on Health, Dr. Simon Afolayan, announced at a press conference in Osogbo on Friday that the state considered that the striking doctors had resigned their appointments.

He explained that the doctors had not been sacked because no letter of sack was issued to any of them but they ( striking doctors) were deemed to resign their appointments because of their refusal to work for more than six months.

According to him, the doctors started their strike on April 2, 2015.

However, members of the Osun State Association of Medical and Dental Officers under the Hospitals Management Board and Association of Resident Doctors at LAUTECH Teaching Hospital, Osogbo embarked on an indefinite strike on September 28, 2015 because of payment of half salaries and poor condition of service.

Afolayan said, ” Doctors are parts of the civil service and by the civil service rule you cannot abandon your duty post for six months without reason and not face the consequences. If you do so, it is deemed that you have resigned your appointment. This rule has taken effect.”

Afolayan stated that those who still wanted to work with the government had been given a fresh opportunity.

He said the state could not afford to pay the doctors’ salaries in full because of the financial crisis facing the state and the nation.

According to him, out of about 40,000 workforce in the state civil service, doctors working with the Osun State Hospitals Management Board are less were less than 100.

He described the demands of the doctors as impossible, saying there would be anarchy in the state if the government decided to pay full salaries to doctors and continue to pay other civil servants half salaries.

He said the state doctors did not sack any of the doctors but the doctors had decided to discontinue rendering their services by abandoning their duties for over six months.

It will be recalled that Governor Rauf Aregbesola had in January threatened to implement the civil service rule against the doctors.

The state government, after this, advertised the positions of the doctors and Afolayan stated that some doctors had applied for the vacant positions.