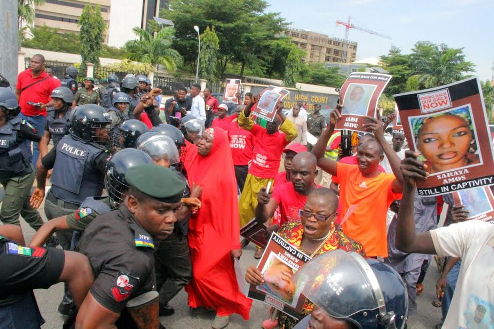 Convener of the Bring Back Our Girls Group, Oby Ezekwesili, has condemned the police for stopping the group from marching to the presidential villa. In a series of tweets, Ezekwsili accused the presidency of using the police to stop them and also “procuring” some hirelings whose mission was to provoke the BBOG peaceful march. See more of her tweets after the cut. 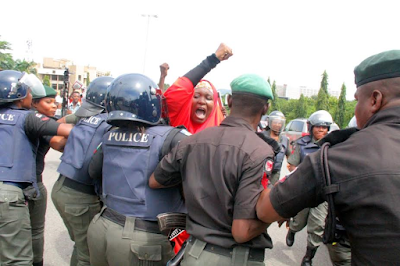 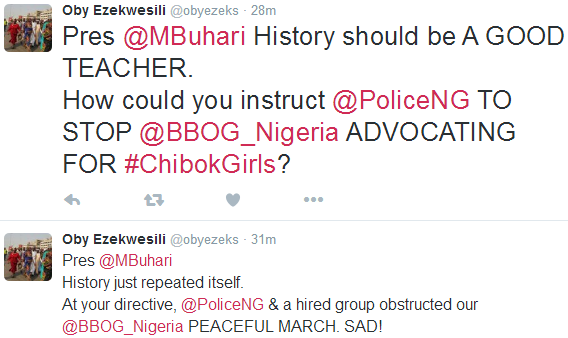 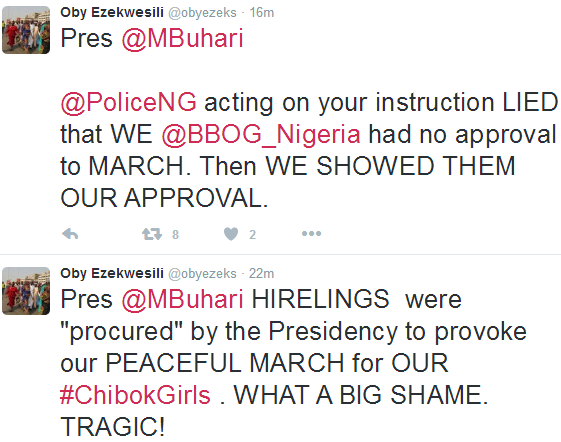