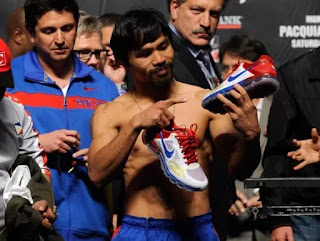 I really had a feeling  Pacquiao was going to lose some deals based on his earlier anti-gay comment.

“We find Manny Pacquiao’s comments abhorrent. Nike strongly opposes discrimination of any kind and has a long history of supporting and standing up for the rights of the LGBT community. We no longer have a relationship with Manny Pacquiao.”