Unilag Muslim students Organisation today protested at the Dean of Students Affairs Office, at the University of Lagos.
Their group was reportedly dissolved by the school management and an official named Mr Musa, was put in charge to oversee any further duty associated with the group..
The students are protesting because they want the school to reinstate their organisation, remove the official put in charge based on accusations that he is unfair to them and for things to return to Status Quo.
See photos from the protest below:- 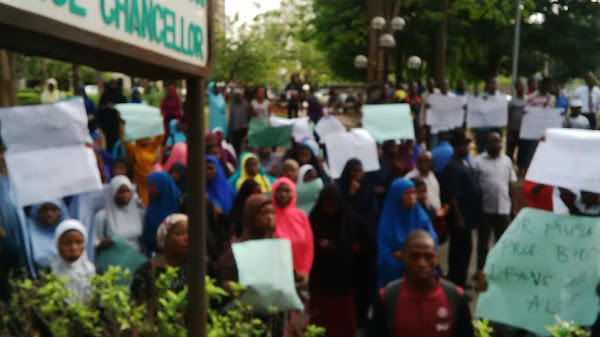 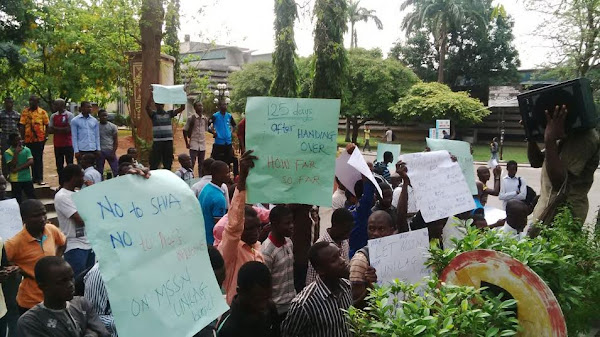