Many Generations Will Remain Grateful To Obasanjo – Buhari 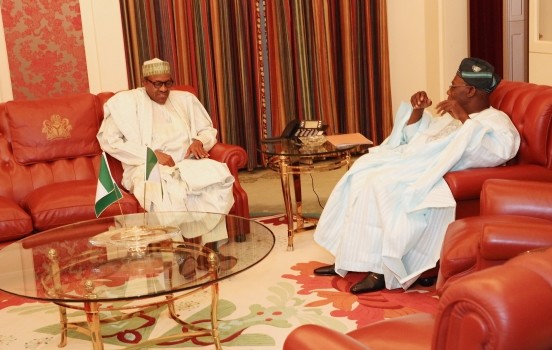 President Muhammdu Buhari said that former president, Olusegun Obasanjo, through his personal sacrifice, commitment and wisdom, has contributed immensely to the institutionalization of democracy in Nigeria and Africa at large.

Congratulating Obasanjo who turns 79 on March 5, Buhari stated that many generations would be grateful to him for the work he has done with several countries and governments of African nations.

A statement by the President’s Special Adviser on Media, Femi Adesina, said:
“President Buhari believes that Chief Obasanjo’s place in global history is assured for successfully handing over power to a civilian government in 1979 after serving as a military Head of State, and returning to power in 1999 through elections to stabilize the polity, during which he most remarkably negotiated a debt relief for Nigeria.”

“The President warmly commends Chief Obasanjo’s vision and commitment to the growth of Nigeria and Africa, which translated into a historical growth rate of 6 percent for the Nigerian economy after a long period of slow growth, and also created a rippling effect that buoyed other African economies.”

“As he turns 79, the President avers that the former president’s regular shuttles across Nigeria and Africa to counsel on economic, social and political issues, and his willingness to head election monitoring teams that have heralded smooth transitions in many countries are legacies which generations will remain grateful.”

“President Buhari prays that the Almighty God will grant the Balogun of the Owu lineage, who is also the Ekerin Balogun of the Egba clan, long life and strength to continue his service to humanity.”