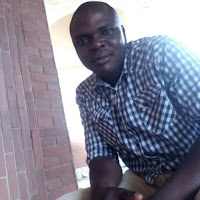 One of the most popular faces you get to meet at Kwara State University’s gate
Mr Abbas lost his life on duty while confirming if some students really head up to the school clinic,  on his way back he had an accident on his bike after which he was brought to the school clinic for a medical check up and the Doctor advised that he should be transfered to Alagbado in Ilorin.  According to an eye witness  “He was on his way to confirm if some students was actually heading to the school clinic,  after confirmation he wanted to use the round about after he crashed into a pole, the Students while on their way back saw him lying helplessly on the ground after which they raised alarm for him to be rescued by the night guard and they brought him to the clinic with an injured leg and the Doctor wrote a referral to Alagbado in Ilorin, while he engaged in short conversation with some WiFi users at the clinic, but his breath changed and he was brought back to the school clinic after which he gave up a ghost while lying inside the school ambulance” Indeed this is a great loss to the entire University community, we pray that God the almighty grant him a blissful rest and forgive his of all his misdeeds.

entrance. The Security Officer of the institution,  by the name Abbas,  said to hail from Ilorin Kwara State.