Judge wins $291 million in lottery jackpot, while his brother wins a whooping $7 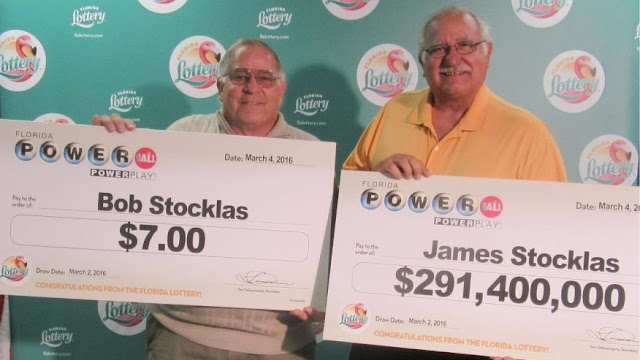 A judge from Pennsylvania, James Stocklas won a $291 million Powerball jackpot on Friday, while his brother, Bob Stocklas, won $7 in the same drawing. The Florida Lottery printed out an oversized check for Bob Stocklas too, in the amount of seven dollars and zero cents.

James, a judge from eastern Pennsylvania, bought his jackpot-winning ticket while on vacation.

The judge told The Morning Call of Allentown that after he returned to Pennsylvania from his vacation, he didn’t check the ticket until Friday morning, while he was eating at a diner. He said he began shaking when he realized he’d won, and bought everyone breakfast.

The judge said he bought the lottery ticket with two other people and after taxes, they’ll each get $40 million.

They all flew to Florida in a private jet to claim their winnings but didn’t say what they’d do with it.