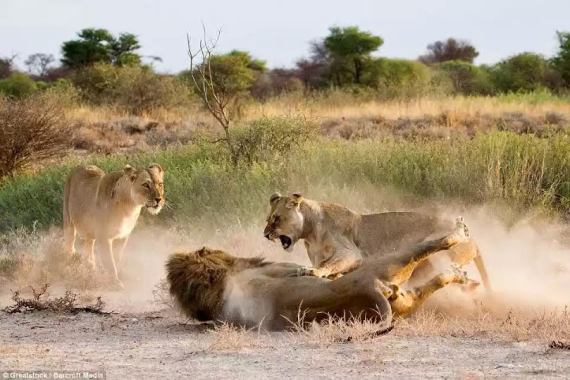 61-year-old Leon Botha who was on holiday in Botswana was lucky to capture a remarkable sight. A lioness knocking her male partner to the ground in a jealous fit after she caught another lioness snooping around him. Leon was taking photographs at the Kgalagadi Transfrontier Park when a lion and a lioness came in for a drink. The lioness walked ahead of her partner while he lagged behind. As if seeing her chance, a second lioness sidled up to the male lion while he waited for his partner to return.

Not in the mood to share her man’s affections, the first lioness rushed threateningly towards the pair, the lion in a bid to prevent what he saw as an inevitable fight between the lionesses tried to block her off but she was having none of it, she had been slighted and someone had to pay so she took it out on the lion himself.  She battered him and knocked him to the ground at which point he submitted to her aggression. That’ll teach him. Lol. 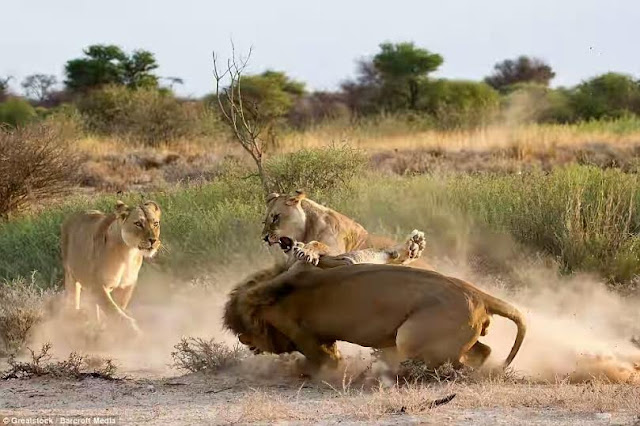 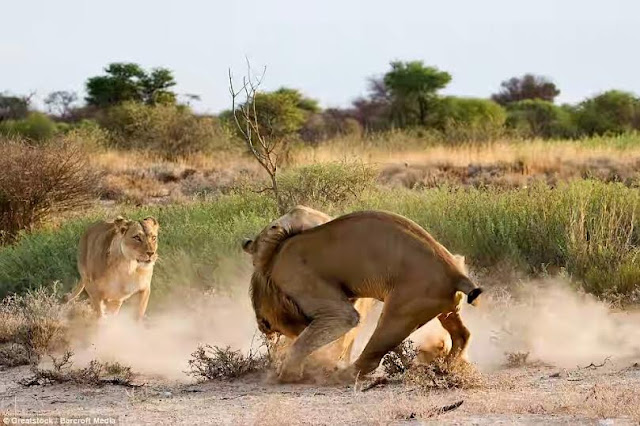 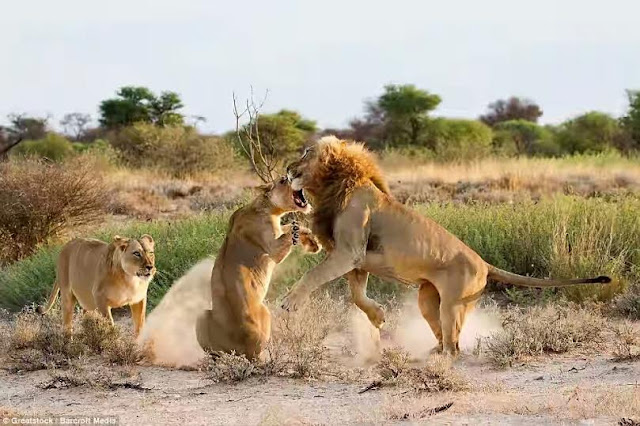 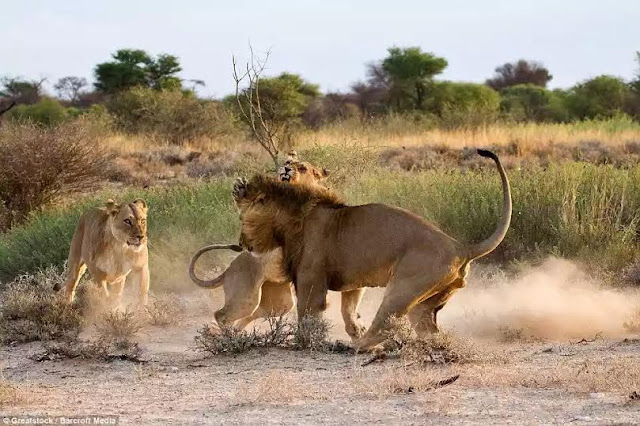 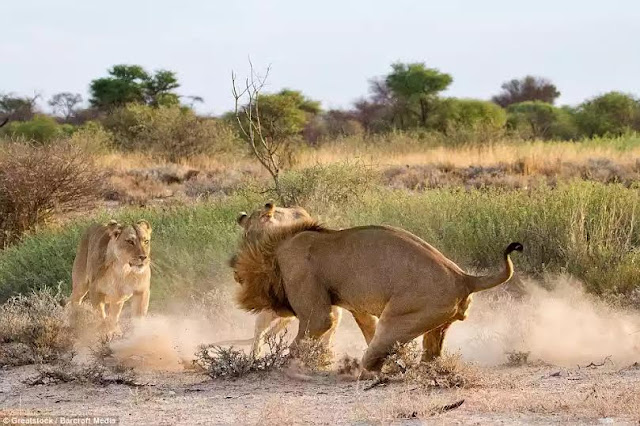 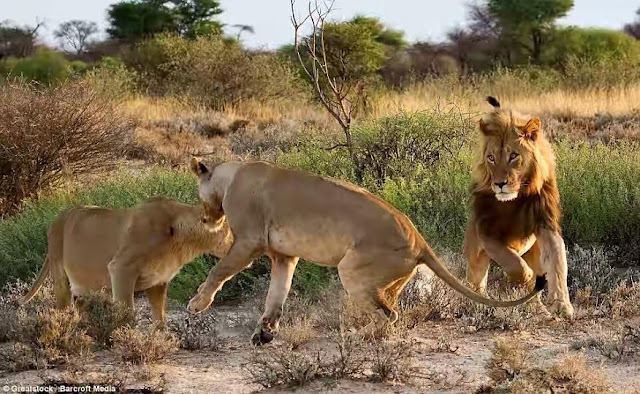 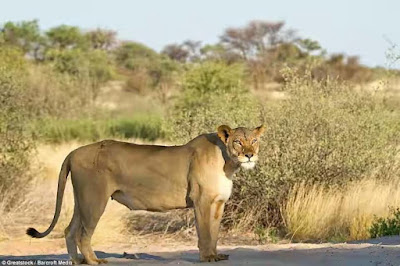