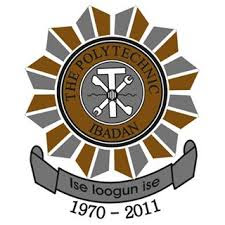 “The Polytechnic Ibadan posses a unique image which we cherish dearly and that continues to rub on its products. This image has not come by chance but was earned through hard work, dedication and a strong sense of discipline among staff and students. To this end, the institution would not compromise its hard-earned impressive image for any damaging misconduct from any student.
“It is instructive to let you know that any student who flouts this dress code shall be warned at the first instance while subsequent defiance could result in suspension for one or two semesters or outright expulsion, as the case may be.
“A task force has been inaugurated to conduct periodic search into lecture theatres, hostels, entrance gates etc to fish out any deviant student. Your morality must not be questionable as The Polytechnic Ibadan would not award its Diploma Certificate to any student that lacks moral. We believe that education without morals is null and void,” Fawole explained.
Fawole also disclosed that only 5,790 students out of the 65,633 candidates that applied for both ND and HND courses in the institution were given admission.
He then assured the students that all the programmes and courses in the institution have been dully accredited by the National Board for Technical Education (NBTE) and other relevant professional bodies concerned with programmes accreditation in tertiary institutions.