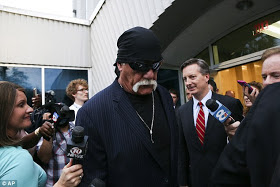 Hulk Hogan has won his lawsuit against Gawker and has been awarded $115million in damages by a jury in Florida after the website posted a leaked sex video that showed him engaging in sexual intercourse with his best friend’s wife without his knowledge. The jury awarded Hogan $55million for economic injuries and $60million for emotional distress. 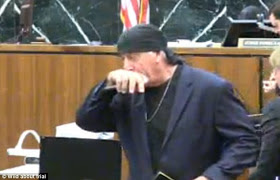 Hogan broke down in tears in the courtroom as the jury’s verdict was read.
Gawker will appeal the case, but under Florida law will still have to hand over the monetary damages. 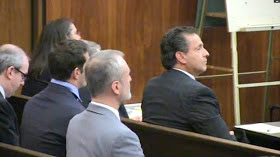 Hogan, said he did not know the encounter was caught on camera. He also said during the trial he had his lawyers ask Gawker to take down the tape and told them they could still keep their copy about
the contents, but they refused. Then, after Hogan filed his lawsuit, a judge asked Gakwer to take
down the video. The site published an article soon after with the headline; ‘A Judge Told Us to Take Down Our Hulk Hogan Sex Tape Post. We Won’t.’
They wrote in the post; ‘We publish all manner of stories here. Some are serious, some are frivolous, some are dumb. I am not going to make a case that the future of the Republic rises or falls on the
ability of the general public to watch a video of Hulk Hogan f****** his friend’s ex-wife. 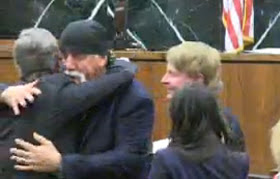 ‘But the Constitution does unambiguously accord us the right to publish true things about public figures.

‘And Campbell’s order requiring us to take down not only a very brief, highly edited video excerpt from a 30-minute Hulk Hogan f******session but also a lengthy written account from someone who had watched the entirety of that fucking session, is risible and contemptuous of centuries of First Amendment jurisprudence.’
The video was eventually removed from the site.
Hulk Hogan’s people said the video shouldn’t have been leaked because Hulk Hogan was entitled to his privacy and the video had no value to the public hence shouldn’t have been released.