History of Ilorin to be included in GNS courses 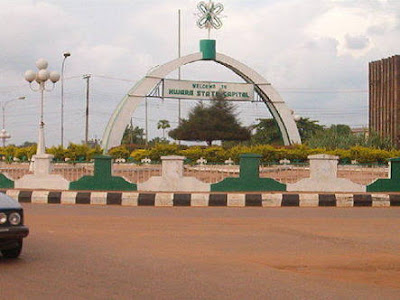 The Director of Administration in the Joint Admission and Matriculation Board (JAMB), Dr. Yusuf Lawal has advocated inclusion of history of Ilorin in General Studies (GNS) course for 100 level students of various tertiary institutions in Kwara State.

He opined that if the management of the nine higher institutions of learning in Ilorin emirate explore the rich cultural heritage of the city, they are capable of generating at least N20, 022,000 from the 22,000 students admitted into their various schools annually.

Lawal stated these in his remarks at the 4th Annual Public Lecture organised by the University of Ilorin centre for Ilorin Studies.

He said, “If any student by choice has come to Ilorin to study, no matter the course of study and no matter the student’s background, it goes to suggest that such a student has willingly agreed to live in Ilorin and with the people for the period of his/her study. It then becomes incumbent on the University authority to make such student know Ilorin and its people no matter how little the knowledge would be”. Yusuf who was the Chairman of the event in his address titled “Centre for Ilorin Studies: A Nostalgic Voyage or A Growth and Development Cruise”, challenged the centre and the Ilorin community to see how they can turn Ilorin history into a source of revenue and not adversary for the present and future generations of the emirate. “For instance, the British history is adequately showcased and exhibited in both the British Library and Museum in London among other cities in the United Kingdom and these places are visited yearly by over six million tourists, thereby generating revenue in millions for the British Government,” he said.

The JAMB director called for part partnership between the centre for Ilorin studies and the National Commission for Museum and Monuments on the proposed National Islamic Arts Museum to be sited in the premises of the old Ilorin Central Mosque at Idi-Ape and to make it a world tourist centre.