Highlights from the U.S Presidential debate 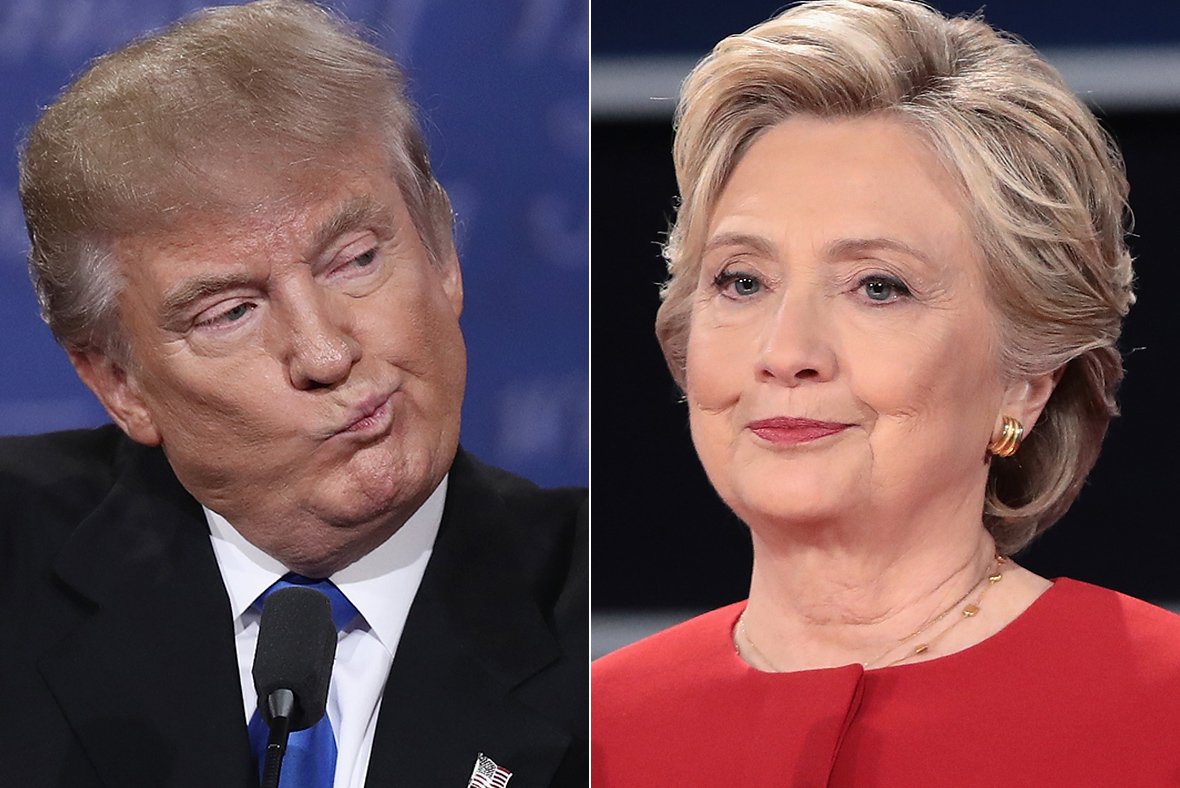 So on Tuesday morning (Nigerian time), U.S presidential candidates Donald Trump and Hillary Clinton took to the stage to have the first presidential debate ahead of the November 2016 elections.
Donald Trump did well in the first 20 minutes while Hillary had the upper hand during the closing stages of the debate. A lot of political analysts believe Hillary defeated Trump overall during the debate with the way she tackled some important issues looking more prepared and assured during the debate. See the major talking points after the cut….
Asked about a remark he made that Mrs. Clinton lacked a presidential “look,” Mr. Trump repeated the claim saying “she doesn’t have the stamina.”
Mrs. Clinton replied him saying ‘Mr. Trump can talk to me about stamina when he accomplishes as much. “He tried to change from looks to stamina, but this is a man who has called women pigs, slobs and dogs,”
“Donald supported the invasion of Iraq,” she said. “That is absolutely proved over and over again.’ To which Trump interjected ‘ Wrong , wrong’.
Mr. Trump insisted again that he had opposed the Iraq war, calling any suggestion otherwise “a mainstream media nonsense.”
“my strongest asset is my temperament, maybe by far,” ”Hillary doesn’t have the temperament to be president”
Hillary also said Trump invited Russian president Vladmir Putin to hack into American email servers while Mr Trump categorically stated that no one knows who hacked into American servers.
‘No one knows if Russia was behind the recent hacks’ ‘It might be China or a single hacker who weighs 400 pounds and sits at home.’
Clinton suggested she was worried about Mr. Trump getting his hands on the nuclear codes, Mr. Trump replied, “That line is getting a little bit old.”
Asked about the conspiracy theory that questioned Obama’s birth place, Trump said Clinton’s campaign first started the birther conspiracy theory when she was contesting against Obama.
“She failed to get the birth certificate,” he said. “When I got involved, I didn’t fail.” while Mrs. Clinton said “He’s really started his political activity based on this racist lie that our first black president was not an American citizen”
Pressed on his refusal to release his tax returns, Mr. Trump said; “I’ll release my tax returns, against my lawyers’ wishes, if Mrs. Clinton agreed to release her 33,000 deleted emails.
Mr. Trump defended his plans to lower taxes on the wealthy unlike Clinton who wanted to increase taxes on the wealthy Mrs. Clinton then joked, “I have a feeling that by the end of this evening, I’m going to be blamed for everything that’s ever happened.” Mr. Trump replied, “Why not?”
Trump then blasted Clinton saying he’s been travelling all round America suggesting Clinton stayed at home preparing for the speech.
“You’ve seen me, I’ve been all over the place,” he said. “You decided to stay home and that’s okay.”
Clinton replied ‘I prepared for the debate, and i’m preparing to be president, too.’
Clinton also wondered if Trump was hiding secrets by not releasing his tax returns and also defended her deleted emails.
“I made a mistake using a private email,” she said. Mr. Trump cut in, “That’s for sure.” Mrs. Clinton added, “I’m not going to make any excuses. It was a mistake.”
Mrs. Clinton, looking toward Mr. Trump, said it was “good to be with” him on the same stage at last. “You have to judge us,” she said, in a response to a question about job creation. “Who can shoulder the immense, awesome responsibilities of the presidency?” Mr. Trump replied that “our jobs are fleeing the country.”