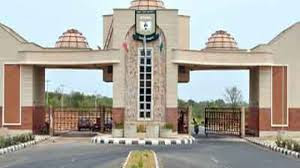 The Kwara State Government on Thursday gave approval for the appointment of Deputy Vice Chancellor Administration and Academic at the Kwara State University (KWASU).
Briefing reporters on the outcome of the State Council meeting which focused on Education, the State Commissioner for Information and Communication, Alhaji Mammud Ajeigbe, explained that the council took the decision following the review of the white paper by the visitation panel to the university.

He noted that the DVCs will work with the Vice Chancellor to ensure efficient administration of the institution.

Also speaking at the briefing, the Special Adviser to the Governor on Legal matters, Alhaji Sulaiman Atolagbe disclosed that the council approved the annulment of two courses, Legal administration and Portuguese language from the school curriculum.

He explained that the move was intended to streamline the curriculum with the Nigerian Council of Legal Education and with the institutions mission. The council has also approved that establishment of a faculty of law at KWASU’s Malete Campus.

Also at the meeting, the Council approved the construction of new campuses for the University in Osi and Ilesha-Baruba, and a new school of governance and business at Malete.

The Senior Special Assistant to the Governor on Media and Communications, Dr Muyideen Akorede said the projects which have been awarded at the cost of N3b will soon be flagged off by Governor Abdulfatah Ahmed.

He noted that the projects will be implemented through a PPP model under the Kwara Infrastructure Development Fund (IFK). Akorede reiterated the State governments commitment towards ensuring that the university is continually repositioned in order to achieve the mandate for which it was established.