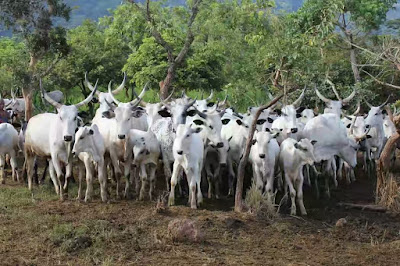 This is to bring to your notice that the entire student community of Kwara State University, Malete is not in anyway in support of the Fulani herds men grazing on our University campus henceforth . This is because, X numbers of crimes and atrocities have been attributed to their names, such as raping, robberies, earlier this semester a Sky boss officer,  whose bike was stolen at a gun point by the Fulani, and other illicit acts, mostly directed at the female students,  not to talk of students who had missed a test,  failed presentations on account of the cattle dungs on their shoes and the offensive odour.

We hereby call the school attention to declare a bill against “On Campus grazing” to the Fulani community of Malete,  Kwara State to reduce the rate of atrocities committed by the said community and make the University environment much more conducive for the students and other dwellers therein.

Note: this post is not aimed at tarnishing the school reputation, so far Kwara State University remained one of the most sought after University in the North Central and Nigeria at large being the first state University to offer admission to foreign students and so many other forms of generosity towards the entire students such as adequate provision and maintenance of  their free Internet access to everyone, a very rare development in Nigerian universities.

Kindly endorse this bill by sharing as far as you can.
Thanks.