The Federal Government said it would commence the feeding of 3.1 million schoolchildren at home from Monday, starting with those in the Federal Capital Territory (FCT) Abuja, Lagos, and Kano State.

Recall that in March, the government shut down schools, churches, and other businesses as a measure to contain the spread of Coronavirus.

But Minister of Humanitarian Affairs, Disaster Management and Social Development, Sadiya Umar Farouq, who announced this yesterday while distributing palliatives to people with special needs, at Karamajiji community in Abuja, said the pandemic would not obstruct the feeding programme.

Sadiya explained that this time, the strategy would be to give dry food to every child to enable parents to prepare for them.

Speaking on the items distributed such as rice, wrappers, salt, seasoning cubes groundnut oil, and Macaroni, she appealed to them to manage as the government would do more and replicate same in all the states.

“They should bear with us based on what we have given to them. They should use it judiciously and also look forward to how we are going to support them. These items are going to 450 households numbering over 1800 individuals. We will make sure that all the palliatives we will take to the states are distributed to this particular group of persons,” she said.

However, Secretary to the Chief of Karamajiji community, Mohammed Dan Tani, decried constant demolition threat they face by officials of the Federal Capital Development Authority.

Aside from appreciating the minister for the items, he also appealed to government to provide building materials to enable them to construct temporary homes, especially during the rainy season. 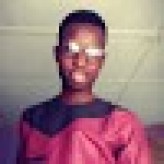