This morning, Afrobeat singer, Femi Anikukapo Kuti clapped back at his neighbour in Akute, Lagos, who took to twitter to call him out over a faulty transformer in their area. According to the aggrieved man, their transformer parked up 6 weeks ago and the people in the area expected Femi to have used his celebrity status to get the transformer fixed or get them another one from PHCN. However, according to him Femi remained silent and instead connected his house electricity supply to the transformer from another street. When the man came for Femi on Twitter, Femi also came for him 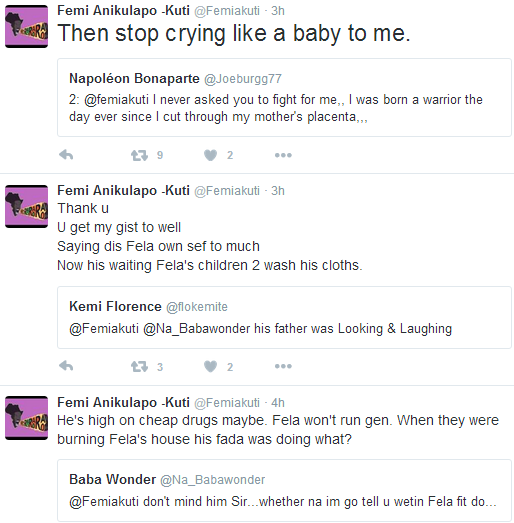 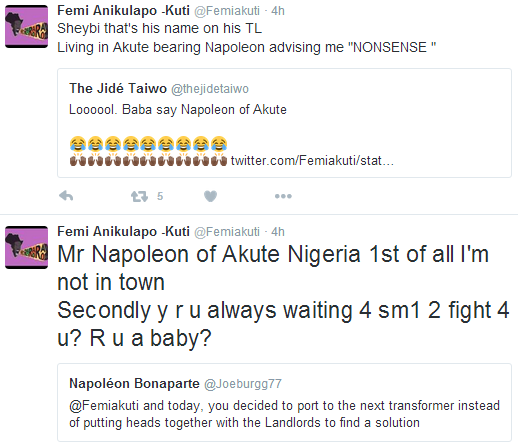 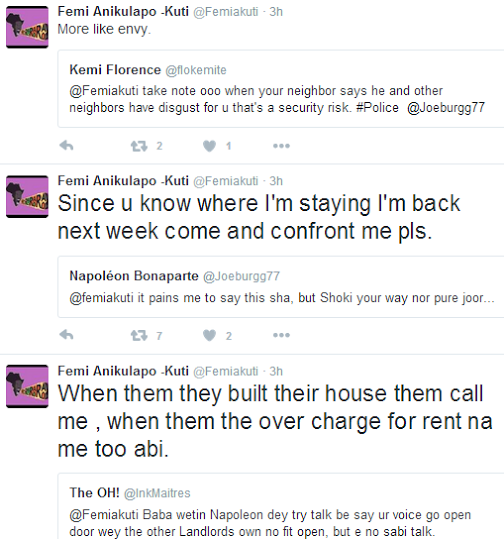 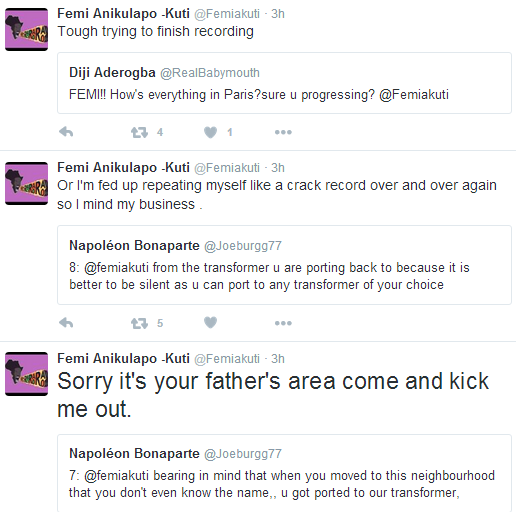 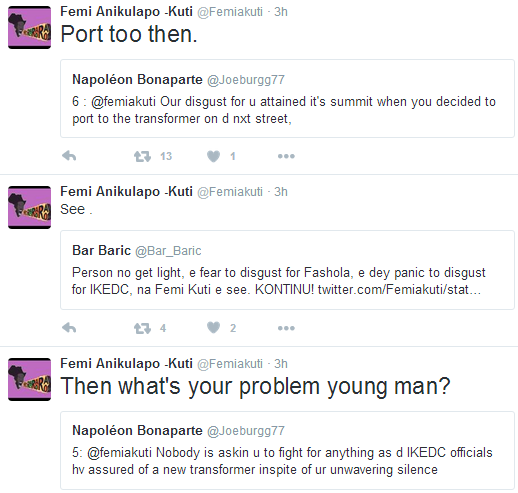 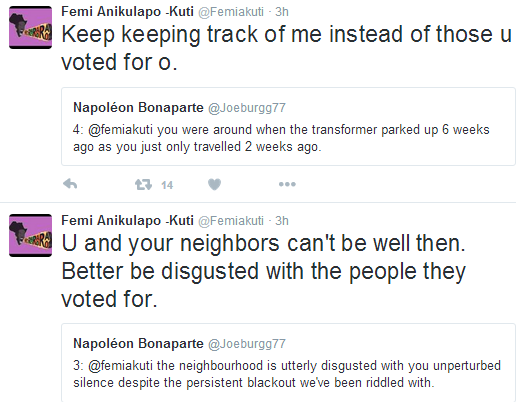 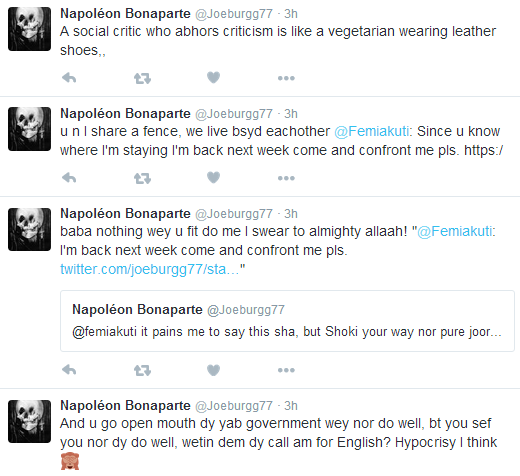