Dr Alao, Nigeria’s only Mc with a PhD celebrates birthday 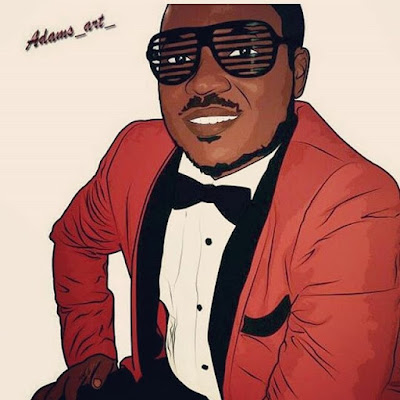 Dr Ayotunde Alao popularly known as Dr Alao is one of the greatest men Nigeria will experience in the history of Entertainment and Academics, What do you call a man who dared the world to become the youngest PhD holder in the field of Mass Communication in Nigeria at the age of twenty-nine (29)?
Someone who was hated by his lecturer and was told he would never make it in the mass communication field! Someone who rose from being an ordinary I.T student in AIT to becoming an Artiste Manager, MC and most interestingly now a lecturer?
Dr Alao worked as a Television producer, radio producer, voice-over artiste, actor, cameraman, editor, MC and choreographer. With the wealth of knowledge he has in the media field he left AIT Abuja when the money was supposed to be flowing in to take up a lecturing job. In 5years of working as a lecturer, he has gathered about twelve (12) awards from the Redeemers University as the best lecturer in the university and his department consistently!
The one-man that every student runs to in time of trouble and the only one that is so reliable that students confide in when every other person seems impossible! A man who has mentored great minds, produced great personalities as well as promote and groom talents in his students!
This man brought life to the boring nature of lecturing, his classes are always interesting and there is never a dull moment whenever he is around. His office is like a common room where students with all sort of complaints come in sober but leave smiling. Several times this man will buy food and students eat freely with him and he never looks down on anyone.
In the past five years, this great man has brightened the social life of the Redeemer’s university by bringing notable artistes like; Naeto C, Gbenga Adeyinka, Joke Silva, Senator Abike Dabira, Lekan Ogunbanwo, Ijeoma Onyeator, Jhybo, Cynthia Morgan, and a host of others to the institution. Kwara State University isn’t out of the book as he brought Vector to the school and supervised the greatest entertainment group (360 entertainment) in the school.
Dr Alao also participated in various social programmes such as engaging in the walk against cervical cancer, HIV/AIDS e.t.c. Dr Alao also anchored almost all the major events organized by the university, including the university award/dinner night, series of university lectures as well as student events for free. This is one man who believes that making men is better than making money and it is evident in the fact that many of his students are out there doing well.
Bella on Inspiration FM presents with Dan Foster, Kome presents on Rhythm 93.7fm and one of the popular bloggers in Nigeria Kemi Filani are all evidence of the great result of the people he has trained and impacted knowledge into. I present to you a Lecturer with swag, class, and distinction, Dr Alao Ayotunde, the only MC I know in Nigeria with a PhD!.