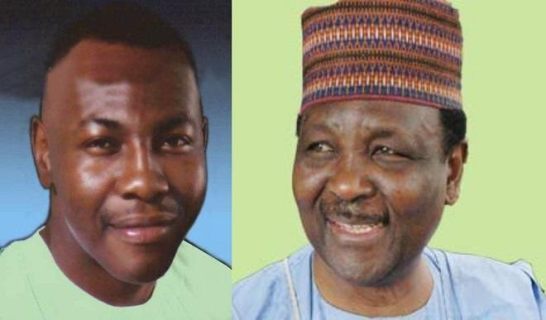 Musa, who returned to Nigeria at the end of last year, after about 23 years in a US prison, was acknowledged by Gen. Gowon upon the report of a conclusive DNA test.

The paternity dispute was the subject of a legal action that reached the Supreme Court in Nigeria, which Edith Okongwu won. But execution of the judgment was thwarted by the arrest of Musa by United States law enforcement officials in Dallas on the charge of importing heroin into that country.
The young Musa was sentenced to 27 years in prison and was only released last November on compassionate ground and good behaviour. He was said to have pursued graduate school from prison and was of exemplary behaviour.
In 2003, while in US custody he lost his mother, a leading socialite in Nigeria who was also a one-time public relations manager of Guinness Nigeria Plc. Both the former Head of State and Okongwu were friends in the 60s. Gowon later married Victoria Zakari, a nurse, on April 19, 1969.
In acknowledging Musa as his son in a statement issued on Wednesday, Gen. Gowon, now 81 nevertheless asked for privacy after a very difficult period.
His words: “Following years of doubts and speculation, a DNA test was recently conducted to ascertain the paternity of Musa Gowon, who recently returned to the country. The results of the tests were conclusive, and they confirm his paternity. We, the family, are working to assist in his rehabilitation following a very difficult period in his life.

“As we look forward to the future with faith in God, we request that our privacy be respected.”