‘Did you try to close your legs?’ a Spanish Judge asks rape victim 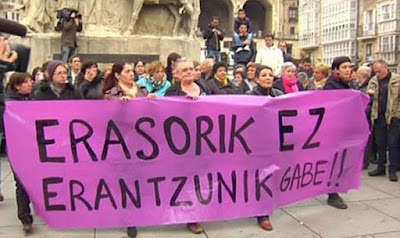 A Spanish judge has been accused of offensive questioning after she asked a rape survivor if she had tried closing her legs when she was being sexually assaulted.
The comments were made as the alleged victim appeared in court in Vitoria, northern Spain, to make an initial rape allegation to the magistrate. The unnamed woman had told the court how a man had repeatedly violently abused her sexually and physically. 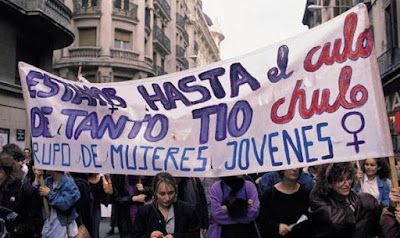 Judge Maria del Carmen Molina Mansilla, in the Basque Country responded to the claim by asking the woman: “Did you close your legs and your other female organs?”
After a shocked silence, the woman, who is four months pregnant, responded with a simple “yes”
The offensive comments has sparked protests in a country where a shocking one in five women have been victims of assault.

The Clara Camoamor Association, a campaign group for victims of gender crime, asked the General Council of the Judiciary, which reviews the independence of judges in Spain, to suspend Judge Mansilla for her insensitive questioning.

A spokesperson for the campaign association, Blanca Estrella Ruiz said the remarks showed a clear prejudice towards disbelieving the rape victim and even blame her for the ordeal.

“The judge showed obvious disbelief of the testimony of the victim, questioned her without allowing her to answer and asked leading and offensive question. A clear example of this attitude is the judge’s repeated questions to the victim on whether she made any attempt to resist aggression including asking her ‘did she close her legs firmly?’ and ‘did she close all of her other female organs?’ Such questions are not only unnecessary to the investigation but are completely offensive and violate the dignity of the victim.”
Ms Ruiz explained that the incident was not the first time that the judge had appeared to make light of a victim’s allegations.

“Unfortunately this is not an isolated act but such behaviour by this judge. It is habitual and continuous. Other women have lodged complaints about the re-victimization they experienced in this court. Women are scared as to what might happen to them as victims in this court and it is disincentivizing them to report such crimes.” Mz Ruiz added.

The campaign group’s psychologist added: “Here we are talking about institutional ill treatment. That is to say she was abused in her home and went on to search for help and has now also been abused by the judicial institution.”
Spain’s judicial authorities have since confirmed they are investigating the complaint. Officials at the Juzgado de Violencia sobre la Mujer Vittoria (Court of Violence against Women ) said the judge will not be commenting on the matter as the investigation continues.