Cristiano Ronaldo is my rival who I respect, nothing more than that – Lionel Messi 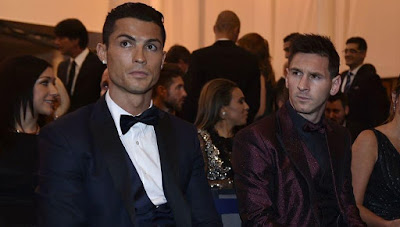 Lionel Messi has admitted there’s mutual respect between himself and Cristiano Ronaldo. As the battle for supremacy among the planet’s two best footballers continues, the Argentine says Ronaldo isn’t his friend. Ronaldo and Messi have each shared the Ballon D’or Award since 2007 and both superstar footballers play for Spain’s two most powerful clubs Real Madrid and Barcelona, leading to suggestions of intense rivalry between the pair.

But speaking to Argentine newspaper El Grafico, Messi said it’s only mutual respect that exists between them not hate or love.

“We are professionals that defend our teams, and rivals in this game, nothing more than that. Sometimes it happens that we win or that we lose. There has always been respect and nothing more.”

However, the Barcelona star made it clear that his ambitions rest on more silverware, not individual prizes.

“I prefer to win something with the national team,” he said. “I am not interested in records. They are there, but that does not make you win titles.”