Confessions: What Going Through My Partner’s Phone Revealed To Me

Some people believe it is their right to check their partner’s phone and it’s in no way invading their privacy since they’re together and should have no secrets while others strongly disagree because what you don’t know cannot harm you.

So many apps nowadays give you the ability to go through anyone’s phone but this sometimes ends in tears. This article will be fixating on the confessions of individuals who have gone through their partner’s phone and want to share the outcome.

Person no. 1: Sometimes it is necessary to do so. I wouldn’t have known that my now ex got someone pregnant and even planning an introduction if I hadn’t gone through his phone. I didn’t study psychology for 2years for anything. It would have been okay if he had told me squarely instead of hiding like a rat…

Person no. 2: While heavily medicated in the hospital, my husband went through my phone and found out I was cheating on him with his best friend.

Person no. 3: My boyfriend roofied me and went through my phone because he thought I was cheating on him. He apologized the next day in tears but I can no longer trust him.

Person no. 4: My college crush once mentioned that he had a profile on some dating site. I was so determined to figure out which one it was that I went through five pages of Google search results till I found him, then created a fake profile so I could snoop even more (this is horrible in retrospect — I know). I found out so much information that it took intense concentration not to accidentally mention any of it to him.

Person no. 5: I snooped once by reading a boyfriend’s journal while he was at work, and it was the best lesson ever in boundaries. He had written about his insecurities, some random musings on whether or not we were compatible, etc. It was definitely a peek deep inside his brain that I wasn’t meant to get! Well, it messed with my head, got me crazy insecure, and it ended up creating a huge divide between us where there hadn’t been one before. Needless to say, we did not stay together, but we remained friends and I learned my lesson about giving others their space. I’ve never read anyone’s journal since.

Person no. 6: Once I searched my boyfriend’s ex’s name into iMessage and a shit ton of old messages (and pictures that I so wish I could unsee) came up. I ended up going through nearly all of them, totally engrossed in their relationship, and the demise of it based on what he said to his friends. I also learned how totally devastated he was by the breakup and that chased after her for months trying to get her back. Needless today, I did not know the extent of any of this, and suddenly felt sickened and ashamed. It brought up so many questions for me that I don’t feel like I can ask without exposing a huge breach of trust on my part. My advice: don’t snoop. It f**ks with your head.

Person no. 7: My girl of 5 years, checked her phone only to see her message of you that cannot do more than 1 round…big dick for nothing…and a whole lot of useless talk all because I traveled for 4 months to hustle for marriage in abuja…

They are all hoes…

Person no. 8: I went through my boyfriend’s phone one time, toward the beginning of our relationship, after a close friend who had just been cheated on advised me to do it. He was sleeping next to me at the time and I went through his Facebook messages, texts, and anything else I could find. I found nothing. Just innocent messages. I felt horrible and guilty and ended up confessing to him. It’s not a way to build trust in a relationship.

Person no. 9: I kept seeing my boyfriend’s ex texting him and couldn’t help but snoop through his texts one day. I found out he was dating both of us at once. I was under the impression he had dumped her and she believed the same for me. He wasn’t very original and sent us both the exact same texts and had the same conversations with us both throughout the day. I reached out to her and we confronted him together. Neither of us are still seeing him now.

Person no. 10: My ex chewed his sim card because I wanted to go through his phone.

From the confessions here, you must have concluded that most of the time, going through your partner’s phone or diary will end in premium tears!

Do you feel it’s actually a good thing to peep into your partner’s phone or diary? If you had the opportunity, would you give it a chance or not?

NB: These confessions were gotten from Awesome Inventions, Man repeller, nairaland, and some social media platforms. 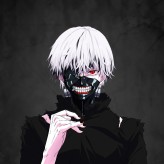 I am Me, a beautiful minded, out-of-the-world introverted writer that can die for Anime and Pizza because yeah you gotta live before you die