Chadwick Boseman is an African American screenwriter, director and renowned actor who achieved legendary status after an illustrious, albeit short, a career in the screen biz. During his lifetime, he starred in some of the best movies ever made and is best remembered for his portrayals of Jackie Robinson in 42 (2013) and James Brown in Get on Up (2014). Unarguably, his superhero roles as Black Panther in the Marvel Cinematic Universe and in Black Panther (2018) form the greatest highlights of his career.

Chadwick Aaron Boseman was born on 29 November 1976 in Anderson, South Carolina, U. S. A. to African American parents, Carolyn and Leroy. The state of South Carolina, like other states of the U. S., formerly practised the segregation ideals of (old) America and only rescinded policies backed by such ideals a few years before Chadwick Boseman’s birth. However, the expression of those ideals by White supremacists continued. The volatile atmosphere of the American society triggered by the supremacists’ activities will eventually shape the vision and career of little Chadwick Boseman.

In this article, we will look at his journey through school, beginning from high school, while highlighting some of the influences that had ignited his career.

Chadwick Boseman attended T L Hanna High School. He loved basketball and was good enough to be drafted into his school team at T L Hanna. During his junior year, his teammate was shot and killed. Boseman mourned him personally and, in response to the incident, wrote a play he titled “Crossroad” which was staged in the school. The experience of this creative burst equally lunged him into a career crossroad where he had to choose between telling stories or playing basketball. With the support of his parents, he settled for his newfound fervency for art over his love for the court.

After graduating from high school in 1995, Chadwick Boseman enrolled at Howard University, Washington, D. C., for a degree in directing. He also took extra classes in acting so he could learn how to relate with actors. One of the acting teachers, Phylicia Rashad, one of the stars in The Cosby Show, eventually became his mentor.

Before graduating from the university in 2000 with a Bachelor of Fine Arts degree in directing, Boseman auditioned for the British American Drama Academy’s midsummer program and was accepted. However, he was faced with the possibility of losing the opportunity because he could not afford the required tuition fee. When Phylicia Rashad learnt of his predicament, she contacted the legendary Hollywood star Denzel Washington, who eventually financed Boseman’s studies in the London academy.

Chadwick Boseman returned to the United States after studying for acting in the academy in London. He enrolled at New York City’s Digital Film Academy for another round of education on the screen craft; he also spent some time at Schomburg Center for Research in Harlem, New York, where he studied African (and African American) history.

So far, Chadwick Boseman has starred in numerous films and TV series, winning a total of 30 nominations for awards, and 10 awards, viz;

After his portrayals of T’Challa, king of the fictional African nation of Wakanda, and the superhero Black Panther, he became a household name globally irrespective of his few years in the movie industry. Critics and industry fellows have singled him out for praise severally, raving over his adept artistry and the resilience of his characters. These highlighted qualities clearly point to his tenacious pursuit of excellence since the days of “Crossroad” back in high school.

On 8 August 2020 sadly, Chadwick Boseman’s social media accounts announced his death after battling stage four colon cancer. At this moment when the appetite of the world has only begun to crave for him, his demise cannot be more untimely. Hopefully, his audience will be consoled by the wealth of his artistry that sufficiently testifies to his tenacious advocacy for the proper recognition of the Black race across the world. His innumerable Black disciples and generations to come will revere their hero, and the world will always recognize his sovereignty as the Eternal King of Wakanda! 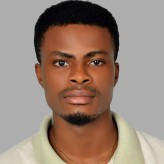