A Python Snake was killed at Garden Royale in Kwasu 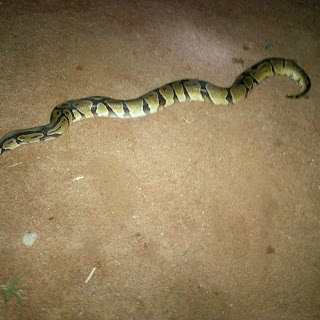 On Tuesday night, 18th of October 2016, a python was killed at Garden Royale at Kwasu,  the popular chilling spot on campus. According to a student who survived the attack “I was on my way from Garden Royale to the male PPP hostel, around 9:45 P.M  then I perceive a water like object flowing towards my direction but when the picture was clearer, because I held a torchlight.  I had to run for my life through the other route and informed the night Guard at the male hostel”  Fathu. 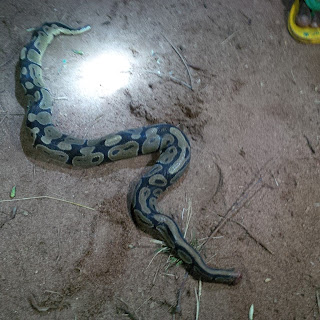 “A student alerted us that he saw a big snake that was not very big around Garden Royale, he kept emphasizing on its size till we get there, searched for the snake and killed it,  hmmm!!!  This snake can be very dangerous at night faa” Night Guard.
This is to inform the students that they should all desist from late night crawling as usual,  because this snake is one of the dangerous snake that can attack any living being,  most especially for students at night.

“This is one of the dangerous snake in existence, python snake is dangerous and it doesn’t hurt during day time, but can be very dangerous at night, it normally start by breaking it’s prey’s bone that’s why the Nollywood featured the snake in their movies during day hours,  and if they should move at night they should make use of a very bright torchlight. This particular snake attacked one of Prophet Muhammad (SAW) companions and the Prophet cursed the snake with absolute tranquility during day” Night Guard. 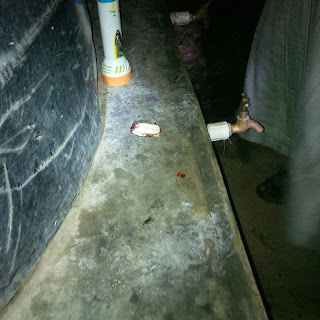 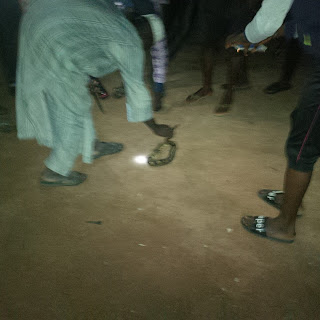 All thanks to the night guard for saving us of the great loss this snake might have caused at the male hostel. “I thank God for my life, and will like to implore other students to reduce late night crawling to its minimum and more so, they should cultivate the habit of moving with a torchlight when it’s late and shine their face well well!!!”  Survivor.